Cobalt allergy, what is it?

What is Cobalt allergy? We have already discussed the problems linked to contact dermatitis caused by Nickel or Chromium, and I will now present to you the third metal which is the most frequent cause of contact dermatitis: Cobalt.

Cobalt, who are you?

Cobalt belongs to the group of transition metals in the periodic table of elements, with an atomic number of 27 and an atomic mass of 58,93. It was first identified during the 18th century, although this ore was used since Antiquity. Indeed, at that time, it was this element that allowed to create elements in an intense blue glass.

Cobalt is associated with several other metals and elements to create very diverse materials, and the coordination chemistry of Cobalt is one of the richest and most interesting (a science history section here would be interesting…). Pure Cobalt, which is not present on Earth in a native state, is a silvery metal, shiny and hard.

Cobalt, where are you?

Cobalt, thanks to its multiple properties, is implicated in many uses. It is one of the elements allowing the creation of super-alloys (a metal alloy which presents a very good thermal, mechanical, oxidation and corrosion resistance). It can be found in parts used in aeronautics.

Its catalytic properties are used in rubber and plastic industries, and in petrochemistry or pharmaceutical industry for the hydration of mineral oils.

It can be used in brewery activities to stabilize the beer foam.

Cobalt is also used in the industry of livestock feed (due to the biological role of Cobalt, which is an essential micronutrient).

It is also a contaminant for cement, semiconductors, and for galvanisation.

Cobalt can be found in pigments used in make-up, hair dyeing, and tattoos, in clothes coloured in blue (or in some greens), in our food (B12 vitamin is an organometallic molecule constituted by a Cobalt atom), in antiperspirants, in dental or orthopaedic prostheses, in detergents and washing powders, in plastic, and in many metal objects containing Nickel.

Cobalt, what do you do?

Cobalt has an influence on the mechanisms involved in the living and is one of the key trace elements for the health of humans and animals, in particular for the production of B12 vitamin – which has an essential role in the normal functioning of the brain and nervous system, and is involved in the formation of red blood cells – and other enzymatic metalloproteins involved in the tissue repair mechanism, the cellular degradation and the angiogenesis.

However, at a too strong dose, Cobalt has well known toxic effects which can lead to cardiomyopathies and digestive disorders and has been classified as a possible carcinogenic by the INRS.

Finally, Cobalt is an important source of contact dermatitis caused by metals. Cobalt allergy on its own is rare and is more often associated with Nickel or Chromium allergy. Standard batteries of test include Cobalt as an allergen to test.

A study published in 2014 by Uter et al in the newspaper Contact Dermatitis, has shown a prevalence of sensitivity to Cobalt of approximately 5%, with a growing proportion over time, especially in the young population, and the proportion of persons sensitized is clearly superior for women compared to men.

Cobalt, how to escape you?

Cobalt is often used as a blue pigment or coloring agent. It is therefore recommended to avoid daily objects of this color to minimize exposure. Blue pigments can be hardly visible, in detergents for example.

Finally, Cobalt can enter the composition of cosmetic products, especially those tinted or colored (like make-up. In that case, it is necessary to check the composition of products. Different forms of Cobalt are authorized for these applications and are called: Cobalt aluminum oxide (CI 77346), Cobalt acetylmethionine, Cobalt DNA, Cobalt gluconate, Cobalt titanium dioxide, Cobalt chloride and Lithium cobalt titanate.

The Protective Cream HPS is also capable of linking Cobalt specifically and can allow preserving the skin from a transcutaneous absorption of this metal. 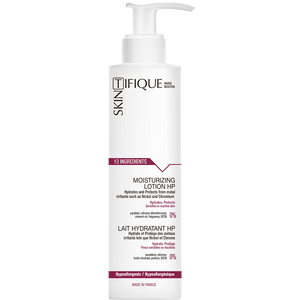 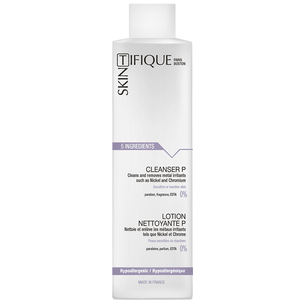 BUY ON THE WEBSITE
BUY ON AMAZON
Oh no...This form doesn't exist. Head back to the manage forms page and select a different form.

This website uses cookies to help us give you the best experience when you visit. By using this website you consent to our use of these cookies.Ok